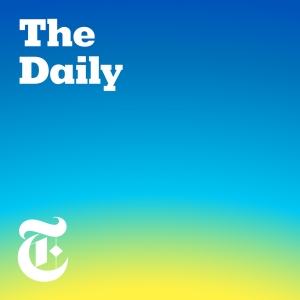 Don McNeil of The New York Times has been one of my trusted sources on COVID. His long conversations with Michael Barbaro on “The Daily” have been reassuring while at the same time never minimizing the dangers posed by the pandemic. Now he’s gone over a 2019 incident in which he used racially offensive language with a group of students.

There are problems here that speak to the broken culture that seems to permeate the Times. On the one hand, McNeil was quietly disciplined at the time of the incident. It seems unfair to push him out now simply because his behavior has become public. On the other hand, his explanation of what happened doesn’t hold up. As David Folkenflik of NPR writes:

In his parting letter to colleagues, McNeil said he had used a racial slur in a context that he had thought defensible at the time, but now realizes was not.

“I was asked at dinner by a student whether I thought a classmate of hers should have been suspended for a video she had made as a 12-year-old in which she used a racial slur. To understand what was in the video, I asked if she had called someone else the slur or whether she was rapping or quoting a book title. In asking the question, I used the slur itself.”

According to the Daily Beast, parents complained that McNeil had been racially offensive at several different moments [my emphasis].

McNeil’s explanation simply doesn’t square with what parents were saying.

Folkenflik also reports on further fallout from the Times’ “Caliphate” debacle. Audio producer Andy Mills is gone because he’d been accused of what Folkenflik calls “inappropriate behavior toward female colleagues” back when he was working for public radio. Yes, and, of course, helping to create a Times podcast that turned out to be based on a massive fabrication didn’t help.

Barbaro’s own behavior regarding “Caliphate,” including intervening behind the scenes on behalf of his fiancée, has come under fire from public radio stations that carry “The Daily,” with some dropping the podcast altogether. But unlike Mills and “Caliphate” host Rukmini Callimachi, who’s been demoted, Barbaro is one of the Times’ biggest stars. We’ll have to see if this story has come to a conclusion or not.

2 thoughts on “Don McNeil is out at The New York Times; plus, more fallout from ‘Caliphate’”