The New York Times has yet another story on the pressures being placed on publishers to cancel controversial books. The example in question is by Jonathan Mattingly, one of the Louisville police officers who took part in the fatal shooting of Breonna Taylor.

Probably the best known of such incidents was Simon & Schuster’s decision to cancel a contract with Sen. Josh Hawley earlier this year after he essentially endorsed the Jan. 6. insurrection. Hawley’s book was instantly picked up by the right-wing publisher Regnery, and Hawley has been talking ever since to whine about how he’s been silenced.

The Hawley situation shows that the marketplace can resolve disputes over speech. But I want to push it one step further by pointing out that publishing and distributing a book has become absolutely frictionless. Self-publishing a book, either in print or online, is cheap and easy — I’ve done it myself.

Become a member of Media Nation for just $5 a month

And though it is true that Amazon will occasionally decline to carry a book, as was the case recently with a work that had come under attack by the transgender community, DIY methods are always available, starting with the web, email lists and the like. (I’m leaving out Facebook because the service has been making efforts to take down disinformation and hate speech.)

And even lesser authors can find creative ways to make money from their books. Just ask Sen. Ted Cruz, now facing allegations that he used campaign funds to promote his tome.

Gosh, it’s almost as if Donald Trump’s 2016 campaign colluded with the Russians. Now, remind me. Who hired Paul Manafort to run the campaign? Big guy … orange hair … give me a moment, OK? 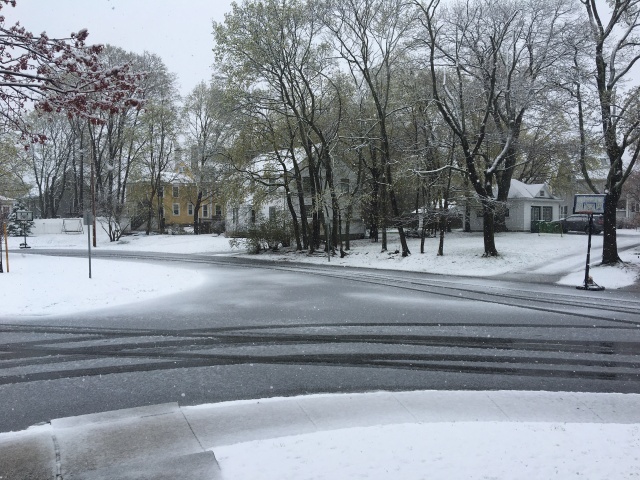 Carlson cut his teeth jousting with the nation’s top elected officials and brand-name pundits on CNN’s “Crossfire” 20 years ago. But as his influence within the conservative media ecosystem has grown, with some calling for him to run for president in 2024, he has increasingly found fodder in criticizing lesser-known media figures whom he presents to his audience as symbols of liberalism run amok. And a subset of viewers are inspired to personally harass those journalists with threatening messages.

Nearly all the victims cited by Barr are women. 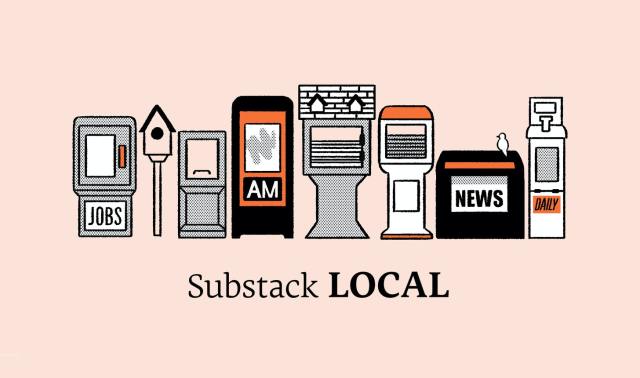 I’m of two minds about Substack. As a newsletter-and-blogging platform that is attractive and simplifies the task of writers charging readers for their work, it’s fine. As a venture capital-backed company whose leaders seem to have visions of world domination (and endless riches), well, I’m more than a little skeptical.

Which is to say that I’m dubious about Substack Local, a just-announced initiative under which 30 lucky local journalists will be able to get start-up funding and health insurance in order to cover their communities. Obviously the idea addresses the two biggest obstacles to going independent. And if it works, presumably there will be many more such Substack-backed local projects to come.

But is this really going to work? What happens when — as seems inevitable — the venture capitalists see no path to profitability and decide to cash out? I realize there may not be too many similarities, but this feels like Medium, with its ever-shifting business model, which has left many publishers holding the proverbial bag.

Speaking of business models: Please become a member of Media Nation for just $5 a month

If I were starting such a site, I’d be much more interested in the Tiny News Collective, which is providing local news entrepreneurs with support for back-end services such as technology, business training and legal services for around $100 a month.

No, it’s not as lucrative as getting VC money via Substack. But as Sarah Scire points out at the Nieman Journalism Lab, the money isn’t all that much and is aimed at moving the sites toward sustainability — a goal that can be pursued without Substack’s help.

We seem to be moving toward peak Substack. My only advice to local news folks thinking about applying is that they should have a clear, detailed plan in place for how to move rapidly to a different platform if they wind up getting Medium’d.

A couple of additional data points since I submitted my column on Tucker Carlson to GBH News.

• The white nationalist organization VDARE tweeted enthusiastically about Carlson’s endorsement of ideas that sound very much like “white replacement theory”: “This segment is one of the best things Fox News has ever aired and was filled with ideas and talking points VDARE.com pioneered many years ago. You should watch the whole thing.” (See the Southern Poverty Law Center’s take on VDARE.)

• New York Times columnist Farah Stockman reports that Carlson has been fueling opposition to President Biden’s nominee to run the civil rights division of the Department of Justice, Kristen Clarke, with a blizzard of lies. Among them:

He [Carlson] also claimed she was a purveyor of hate who wrote a “shocking” letter to Harvard’s student newspaper promoting the genetic superiority of Black people. In fact, the letter was a satirical response to “The Bell Curve: Intelligence and Class Structure in American Life,” a book that, among other things, portrayed Black people as intellectually inferior. Mr. Carlson might as well have done an exclusive investigation about cannibalism in Ireland following the publication of Jonathan Swift’s “A Modest Proposal.”

Carlson is flying awfully close to the sun. The Murdochs will put up with him until it’s no longer in their economic interest to do so.

Not too long ago, Tucker Carlson would go on vacation — always long-planned, of course — whenever one of his rancid descents into racism and white supremacy made life momentarily uncomfortable for his overlords at Fox News. He’d disappear for a few days, come back once the heat had died down and resume his hate-mongering ways.

Read the rest at GBH News.

Charlotte, Vermont, is an affluent community of 3,700 people about 13 miles south of Burlington that will soon be covered by three local news organizations.

Yes, you read that correctly. Last month, VTDigger reported on turmoil at the town’s nonprofit newspaper, The Charlotte News. The editor, Chea Waters Evans, resigned because of what she regarded as unethical interference by the publisher and the board.

Now Evans will serve as the editor of a startup nonprofit news project, The Vermont Bridge, whose journalism will be distributed via a free Substack newsletter. Evans tells VTDigger’s James Finn, though, that her intent is not to compete with her former employer:

Our main goal is transparency. And not in a way where we want to compete with The Charlotte News. Their focus is having community contributors, while I just want to focus on hard news. They can continue doing what they’ve done well for decades.

Among the Bridge’s board members are VTDigger founder and editor-in-chief Anne Galloway and several high-profile journalists who had quit the News’ board in support of Evans.

Become a member of Media Nation for just $5 a month

And about that third news source? There’s also The Citizen, a for-profit newspaper that’s part of a Vermont-based chain and that covers Charlotte and neighboring Hinesburg.

It is fair to say that Charlotte is not a news desert.

The suspension of the Johnson & Johnson vaccine over concerns about a vanishingly small number of blood-clotting issues is a perfect illustration of the limits of journalism.

My Twitter feed is filled with admonitions to the media saying that we should remind our audience of how rare this side effect has been — six total cases out of nearly 7 million vaccines. That’s much lower than the risk women face using birth control pills or, for that matter, much rarer than the risk of dying or becoming seriously ill from COVID. Just one example:

1 in 1,000 women get blood clots from birth control pills.

Less than 1 in 1 million have gotten a blood clot from the J&J vaccine.

FDA has paused J&J for a few days while they disseminate info about how to treat this super rare clot if it occurs. Report with context. Please!

We get many things wrong. But we’re actually pretty good at passing along frightening announcements from official sources.

This was quite a moment on CNN. pic.twitter.com/hmszW6h1UF

The must-see video clip from Monday night’s protests in Brooklyn Center, Minnesota, features CNN reporter Sara Sidner. Though she makes the interview about herself to an uncomfortable degree, there’s also some real power in hearing her unnamed interview subject describe what’s going on in plain and profane language.

Tom Jones of Poynter put it this way:

The language was R-rated, and yet credit CNN for staying with the interview. Most networks would have dumped out after someone started repeating expletives, but CNN wisely hung in there because it felt as if the man had something important to say. Sidner did a good job keeping the interview going and allowing the man to say what he wanted to say.

If you back up and try to look at the big picture, it’s so overwhelming that words are inadequate. The protests were in response to the police killing of Daunte Wright, a 20-year-old Black man whose car had been pulled over, reportedly because the license tags had expired. There was a struggle after police discovered a warrant for Wright’s arrest and they tried to take him into custody. One officer, Kim Potter, fatally shot Wright because, we are told, she meant to use her Taser and pulled her gun by mistake — an excuse that clearly needs thorough investigation.

All of this was playing out as the murder trial of Derek Chauvin, the ex-police offer who killed George Floyd, was taking place nearby, and against a backdrop of Black men (and a few women) being killed or harassed by police officers. Among them: National Guard officer and war veteran Isiah Jones, who was assaulted by police in Virginia last year as he was politely asking why he had been pulled over. Video of that encounter recent went viral.