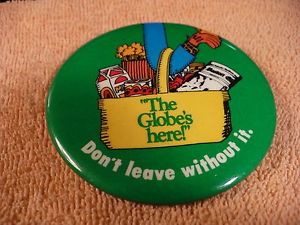 If only the delivery folks at The Boston Globe could turn the clock back to December 27, 2015. That’s the last day that Publishers Circulation Fulfillment delivered the print edition. It’s also the last day that Globe customers could be reasonably sure the paper would show up on their doorstep as promised.

Well, the Globe is going to try to do just that. After a disastrous debut by a new vendor, ACI Media, followed by an emergency move to bring back PCF to handle many of the routes, the Globe is ditching ACI and going back to PCF exclusively, according to this report by Mark Arsenault.

In the early weeks, the region was in an uproar. Improvement appeared to be around the corner on the weekend of January 2 and 3, when hundreds of Globe staffers helped assemble and deliver the Sunday paper. But then the Globe itself ran a devastating story by Arsenault and Dan Adams reporting that delivery would not return to normal for four to six months. That, in turn, led to the partial restoration of PCF and an apology by publisher and owner John Henry.

Even though the delivery situation had partly recovered from the initial disaster, I’ve continued to hear complaints from readers right up through last week. It is mind-boggling that ACI was never able to get it right. You have to wonder what kind of promises they made that convinced Globe executives they could handle the job, and why those executives believed them.

No word on how much pain was inflicted on the Globe in terms of lost circulation or financial setbacks.