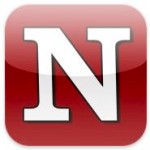 Earlier today, Lois Beckett of the Nieman Journalism Lab asked me and a number of other media observers to write brief commentaries on the New York Times’ modified limited paywall, which was announced this morning. She got some interesting responses, ranging from Steve Buttry (“ridiculous”) to Amy Webb (“a wise move”). Here’s what I wrote:

The New York Times is taking a smart and nuanced approach. Times executives have struck an interesting balance between charging heavy users for access while remaining part of the free online conversation that’s become such an important part of the media ecosystem. I have no idea whether a limit of 20 free articles a month is too little, too much or just right, but I assume they’ll adjust in response to what the market tells them.

I was also pleased to see that print subscribers, including Sunday-only customers (like our family), will have free access to most of the Times’ online platforms. The Sunday paper remains a vital source of revenue for the Times, and it makes sense for Arthur Sulzberger, Janet Robinson and company to do whatever they can to preserve that money machine.

That said, the Times will no longer be able to make excuses for glitchy software and access problems. I’m reasonably happy with the Times iPhone app, but my wife reads the Times on her iPad, and it’s buggy. You can get away with that when it’s free. But once you put a price tag on your product, you’ve got to guarantee that it works — and be responsive to consumer complaints when it doesn’t. That’s especially true given that the Times is charging more for electronic access than many had predicted.

The news business may be watching this very closely to see what lessons can be drawn, but I’m not sure that there will be many, because the Times is such a unique product. For many people, the Times may be the one “newspaper” for which they’re willing to pay to read online. Rather than paving the way for other newspapers, the Times’ paywall may instead lead to a further stratification of the news business, as executives at other papers find themselves unable to emulate the Times’ success in persuading customers to pay for electronic access.

The announcement was pretty much along the lines of what the Times said was coming months ago, though the fees for non-print subscribers ($15 to $35 every four weeks depending on your platforms) are higher than some had expected. There are also all kinds of exceptions regarding Twitter and Facebook access, top news on smartphones and the like.

The plan is very different from one that will be unveiled later this year by a sister Times Co. property, the Boston Globe, which announced last fall that it would divide its Web offerings into a free Boston.com (filled mostly with content that doesn’t appear in the Globe) and a paid BostonGlobe.com.

11 thoughts on “Thoughts on the N.Y. Times’ modified limited paywall”