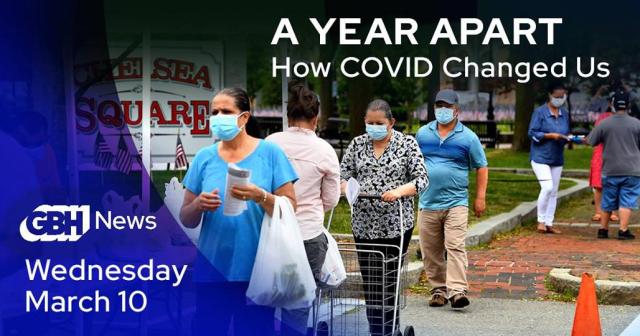 I hope you’ll take some time with GBH News’ special coverage of the anniversary of the COVID-19 pandemic. Called “A Year Apart: How COVID Changed Us,” the package comprises stories, commentaries and conversations, including an audio documentary called “How the Disaster Unfolded.”

I’ve got two pieces in the package — a reminiscence about experiencing the earliest phases of the pandemic while I was on a reporting trip in Mendocino County, California, and a conversation with GBH’s Arun Rath on how the pandemic has affected local news.

Short answer: Although it’s been a bad year for community journalism, especially in places served by newspapers owned by corporate chains and hedge funds, it hasn’t been quite as bad as many of us thought it would be. After a sickening plunge last spring, some newspapers — especially those that are independently owned, such as The Boston Globe and the Dorchester Reporter — stabilized, and early cuts were partially reversed.

Chris Krewson, the executive director of LION (Local Independent Online News), Publishers, even told me that some of the organizations members did better in 2020 than they did in 2019, partly as a result of government assistance, partly because their audiences developed a new appreciation for what they do.