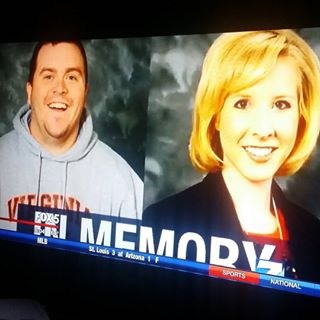 On Wednesday, a disgruntled former employee of Roanoke, Virginia-based WDBJ-TV fatally shot two of the station’s journalists as they were conducting a live interview. The cameraman captured part of the scene before dying. I asked my Twitter followers: Should the video be shown or not? I’ve assembled their answers on Storify, so please have a look.

In asking my followers for their views, I was referring strictly to the video shot by cameraman Adam Ward. Even though he had been fatally wounded, he managed to keep rolling as the gunman, Vester Lee Flanagan II, shot him and reporter Alison Parker. CNN and many other news outlets showed all or part of Ward’s footage.

Later, footage shot by Flanagan himself popped up on his Twitter account under the name of his his on-air pseudonym, Bryce Williams. I managed to see it before Twitter suspended his account. It is far more harrowing than Ward’s video, and I don’t believe any news organization used it. (Update: The New York Daily News uses images from the Flanagan video on its front page today. I’m not going to link to it.)