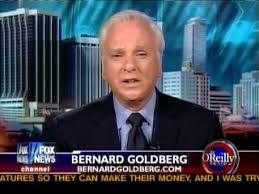 For those of us in the dwarfism community, it sometimes seems that the outside world is mainly interested in two things: how people with dwarfism are depicted in popular culture and the continued debate over the word “midget,” which is regarded as offensive by nearly everyone within the community.

Here is former New York Times public editor Clark Hoyt’s 2009 column in which he acknowledges that the “M”-word is offensive and would no longer be used in the Times.

Last week the “M”-word popped up when commentator Bernard Goldberg used it on “The O’Reilly Factor” while critiquing former MSNBC talk-show host Keith Olbermann. In observing that Olbermann’s relatively low ratings in comparison to Fox News were nevertheless higher than anyone else’s at MSNBC, Goldberg compared Olbermann to “the tallest midget in the room.”

My friend Bill Bradford, who’s the senior vice president of Little People of America, called my attention to it on Facebook, and we hashed it out a bit. My inclination was to give a pass to Goldberg on the grounds of his well-documented cluelessness. But another friend, Julie Holland, quickly discovered that Goldberg knew exactly what he was saying. Last February, in defending the use of such charming terms as “Negro” and “retarded,” Goldberg told Bill O’Reilly:

If you use the word midget, the little people community are going to jump all over you. I mean not literally, but they’re going to get on you.

That sound you hear in the background is O’Reilly snickering.

Another LPA friend, District 1 director Barbara Spiegel, is quoted as objecting both to the spectacle and to the use of the “M”-word. The story, by Renee Nadeau Algarin, is benign enough, and I’m not suggesting the Herald should have ignored it. But it’s accompanied by an extensive slide show and a come-on to buy reprints. The comments are about as bad as you would expect.

There’s no question that the way people with dwarfism are depicted in the media is far more positive than it was a generation or two ago. Reality shows such as “Little People, Big World” and “The Little Couple” have helped normalize dwarfism in the eyes of the public.

Yet in the more benighted corners of the media, it seems that things haven’t changed much at all.