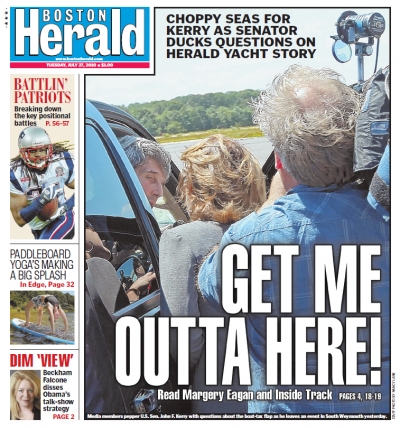 Today’s Boston Herald front is absolutely hilarious, as U.S. Sen. John Kerry scurries away from reporters who are trying to ask him about his tax-free, $7 million yacht. The Herald broke the story last Friday, but give Kerry credit: it is he who has figured out how to keep it alive.