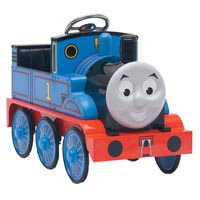 You can’t make this stuff up. This coming Monday I’m traveling to New York City on business. I’m returning Tuesday. I had planned to take the Acela Express from Westwood.

Well. This afternoon, I received a call from Amtrak telling me that, due to bridge work, I would not be able to return to Westwood on Tuesday; South Station was my only option. No option at all, really, since overnight parking options in that neighborhood are poor. I said I had to think about what I wanted to do, and hung up.

I decided to drive to Providence and pick up the train there, so I called back. After waiting for 15 minutes, I found myself talking with an agent who told me that (1) trains were going no farther north than New Haven on Tuesday; (2) Amtrak was running buses from New Haven to Providence; and (3) all the buses were booked, so in fact I would not be able to get home.

I was incredulous, and kept repeating what I had just been told to make sure I’d heard it properly. I had. I canceled my reservation and pondered my next move.

Finally, I decided to drive to New Haven (two hours and 40 minutes) on Monday morning and take the train for the last stretch to New York. Now that I think of it, though, I’d better call the New Haven train station and make sure it’s got decent overnight parking.

I want to stress what Amtrak did right. They called me, and they didn’t wait until the last possible minute. Both agents I spoke with were exceedingly polite and sympathetic. Nevertheless, it is absolutely ludicrous that I couldn’t catch a bus from New Haven to Providence. Or, for that matter, to Westwood.

I like trains because they don’t fall out of the sky. But this is why Amtrak is in such trouble. It’s a shame.