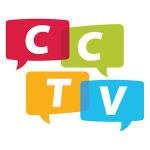 Two of my WGBH colleagues, Callie Crossley and Jim Braude, were welcomed to the honorary board of Cambridge Community Television recently. (Robin Young of WBUR and I were the picks last year.) Congratulations to both Callie and Jim. CCTV is a great example of how volunteer media can make a difference in providing local news and fostering civic engagement.

CCTV executive director Susan Fleischmann asked me to speak for a few minutes, and then published a tweaked-up version of my remarks in Open Studio, the organization’s newsletter. You can read what I had to say here or below:

On the evening of Aug. 13, while I was checking Twitter, I started to see reports coming in that the police in Ferguson, Missouri, were forcibly suppressing nonviolent protests. Five days earlier, on Aug. 9, a teenager named Michael Brown had been killed by a police officer under circumstances that are still unclear.

I turned on CNN, which was running a story on the death of Robin Williams. So I turned back to Twitter.

Several people I was following posted livestreams. I clicked on one called “I Am Michael Brown Live” from KARG Argus Radio, a community radio station. What I saw was incredible. It certainly wasn’t HDTV — the video was dark and green, likely shot with nothing but a smartphone, showing a column of police officers advancing and using flares and rubber bullets to disperse a peaceful crowd.

Later, the cable channels started covering Ferguson live — but they were mainly showing the KARG footage, as it was pretty much the only material they had.

Ferguson showed the power of citizen media. Reports from the scene on Twitter, Instagram and the like kept growing and building until finally the mainstream media were forced to take notice and cover the story.

At a time when the traditional media don’t have the resources to cover stories the way they did 20 years ago, ordinary people armed with smartphones can serve as an early warning signal. A story can begin with citizen media and work its way into the mainstream — and from there into the national consciousness, as was the case in Ferguson.

It was widely reported that two journalists were arrested the night of Aug. 13 — Wesley Lowery of The Washington Post and Ryan Reilly of The Huffington Post. In fact, there was a third — Antonio French, a St. Louis alderman who had been covering the protests on social media from the beginning.

Lowery — who video-recorded the officer who was arresting him — and Reilly were quickly released. It took longer for French. But how much longer still if he hadn’t been an elected official? At at time when everyone can engage in acts of journalism, we need protection not just for professional journalists but for people using the tools they have available to report what is happening around them.

What professional journalists do is incredibly important. The stories they tell, when done well, give us the information we need to govern ourselves in a democracy.

What you as citizen journalists involved in public media such as Cambridge Community TV are doing is every bit as important. Many times you are on the front lines of local stories that are too local for the mainstream to bother with. And you’re the early warning signal for the mainstream.

What happened in Ferguson underscores the value and importance of what you do every day. All of us in professional journalists admire what you’re doing, or at least we should. This evening is to salute you.

On Feb. 6, 1997, just after the debut of “Greater Boston” on WGBH-TV (Channel 2), I wrote an article for The Boston Phoenix on the state of the city’s two major public broadcasters, WGBH and WBUR. It was the first time I’d met the host, Emily Rooney. The original is online here, but, as you will see, it’s unreadable; thus, I have reproduced it in full below. In re-reading it, I was struck by what an interesting moment in time that was, with many of the same names and issues still with us 17 years later.

With commercial stations going lowbrow, Boston’s public broadcasters are fine-tuning their strategies. The question: are WGBH & WBUR doing their duty?

Copyright © 1997 by the Phoenix Media/Communications Group. All rights reserved. 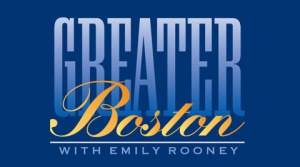 Emily Rooney is taping the intro to a segment of WGBH-TV’s new local public-affairs show, Greater Boston. Or trying to, anyway. It’s been a long day. Her feet are killing her. And her first few attempts at hyping an interview with Charles Murray, the controversial academic who’s currently promoting his new book on libertarianism, haven’t gone particularly well.

After several tries, though, she nails it. “That was warmer,” says a voice in the control room. “That was very nice.”

She sighs, visibly relieved at getting a break from the unblinking eye of the lens.

Rooney, the former news director of WCVB-TV (Channel 5), may be a respected newswoman, but the debut of Greater Boston last week showed that her transition to an on-camera role is going to take some time. And if Rooney and Greater Boston are struggling to find their voice, so, too, is WGBH.

This is, after all, the first significant foray into local public-affairs programming for WGBH (Channels 2 and 44, plus a radio station) since 1991, when it canceled The Ten O’Clock News. The new show is a huge improvement over the one it replaces, The Group, an unmoderated roundtable discussion that rose from the ashes of the News. (“A tawdry, pathetic little show,” huffs one industry observer of The Group, widely derided as “The Grope.”) Still, Greater Boston is going to need some work. Week One’s topics, which included the Super Bowl and cute animals, were too light and fluffy to qualify the show as a must-watch. And Rooney, who doubles as Greater Boston‘s executive editor, needs to overcome her on-the-set jitters.

It’s crucial that ’GBH get it right. With commercial broadcasters in full retreat from serious news and public affairs, public-broadcasting stations are the last redoubt. Boston’s two major public stations — WGBH-TV and WBUR Radio (90.9 FM) — are among the most admired in the country. It’s by no means clear, however, that the people who run those stations are willing or able to fill the gap created by the commercial stations’ retreat into sensationalism and frivolity. END_OF_DOCUMENT_TOKEN_TO_BE_REPLACED 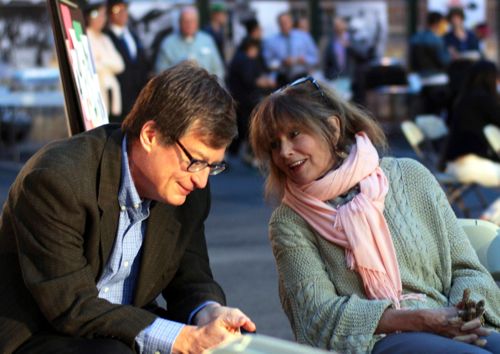 Old friend Robin Young of WBUR and NPR’s “Here & Now” and I were named honorary board members of Cambridge Community Television on Wednesday evening. The occasion was CCTV’s annual barbecue, held in the back lot at the Central Square facility. There’s more here (pdf).

The highlight of the evening came when Susan Fleischmann was honored for her 25 years at the helm of CCTV, which itself was celebrating its 25th anniversary. Local access cable operations are a key part of the independent media ecosystem.

I don’t live in Cambridge, so I don’t get to see CCTV. But it strikes me as an unusually rich and sophisticated operation, with three channels, lots of local programming and training sessions for youth and adults.

Many thanks to the folks at CCTV for their hospitality and their good work.

Best wishes to my old friend Robin Young and to Jeremy Hobson, whose revamped, two-hour “Here & Now” program debuted on Monday. Based at public radio station WBUR (90.9 FM), the program is national in scope, and is intended as a partial replacement for “Talk of the Nation,” which departed the airwaves last week.

Both “Here & Now” and “Boston Public Radio,” on rival WGBH (89.7 FM), are broadcast from noon to 2 p.m., setting up an intriguing dynamic: a nationally focused news magazine on ’BUR alongside local news and talk, hosted by Jim Braude and Margery Eagan, on ’GBH.

I hope and expect that both programs will succeed. (Disclosure: I’m a paid contributor to WGBH.)

Best of luck to my “Beat the Press” colleagues Emily Rooney and Callie Crossley, whose hour-long programs debut today on WGBH Radio (89.7 FM) — Emily at noon and Callie at 1 p.m.

Rooney is competing with one of my favorite people in radio, Robin Young, whose “Here and Now” is broadcast on WBUR (90.9 FM) from noon to 1. Crossley is up against syndicated fare on ‘BUR except on Fridays, when “Radio Boston” airs.

So I’m hoping the public radio audience expands and everyone wins. Including the listeners.