Twenty-three-mile-plus ride, mostly along the Minuteman. 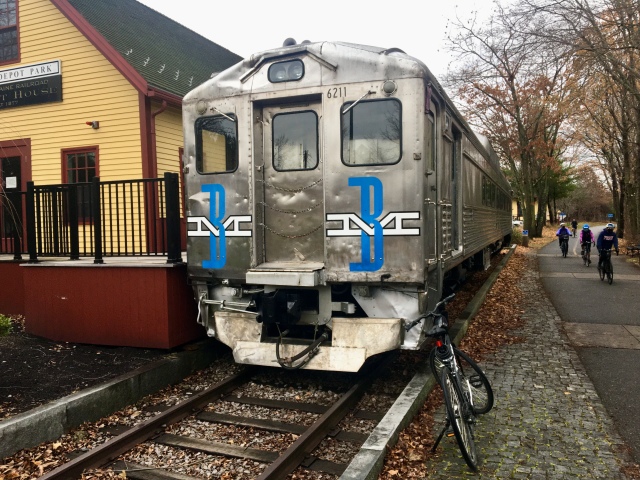 We rode 16-plus miles today along the Minuteman Bikeway from Lexington center and the Reformatory Branch Trail from Bedford to Concord, which was new to use. Enjoy!

If I were running a news organization that covered Sudbury, Bedford, Amherst, Worcester, Northbridge, Taunton or Fall River, I’d be taking a close look at a database published on Sunday by The Washington Post.

According to an investigation by the Post, one in six hospices in the United States did not provide crisis care to their dying patients in 2012. “The absence of such care,” wrote Post reporters Peter Whoriskey and Dan Keating, “suggests that some hospice outfits are stinting on nursing attention, according to hospice experts. Inspection and complaint records, meanwhile, depict the anguish of patients who have been left without care.”

And, indeed, Whoriskey and Keating offer some horror stories, starting with 85-year-old Ying Tai Choi, a Tampa, Florida, woman whose nurse abandoned her an hour before she died.

What gives the Post’s investigation value beyond its immediate impact, though, is that the paper uploaded the database it used to carry out its reporting. The Post says it analyzed Medicare billing records for more than 2,500 hospice organizations as well as “an internal Medicare tally of nursing care in patients near death and reviewed complaint records at hundreds of hospices.”

By showing its work, the paper has provided valuable leads for follow-up stories by news organizations across the country.

According to the database, 16 percent of 43 hospice facilities serving 22,865 patients in Massachusetts reported providing no crisis care in 2012. That percentage is right around the national average, though it is higher than any other New England state.

Under Medicare rules, a hospice must be able to provide crisis care to its terminally ill patients, which the Post tells us is “either continuous nursing care at home or an inpatient bed at a medical facility.” The Post is careful to point out that the mere fact that a facility did not provide crisis care in a given year is not evidence that there’s anything wrong. It’s possible that none of its patients needed it. A further explanation:

The absence of crisis care does not necessarily indicate a violation of the rules. But hospice experts say it is unlikely that larger hospices had no patients who required such care.

In other words, the database provides questions, not answers — precisely the information news organizations need for follow-up reports at the local level. Investigative reporting is expensive and time-intensive. The Post’s hospice story provides journalists with a great head start.