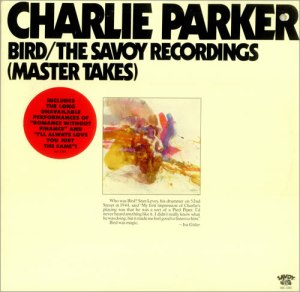 When I was in my teens and early 20s, there were a number of albums that I would have liked to buy but couldn’t afford — intriguing records I hadn’t heard and couldn’t justify spending the money on. What if I bought one and hated it? I was out $12 or $15, and that just wasn’t acceptable.

So record reviews were important. I discovered several albums on this list from reviews. One of them is an awkwardly titled Charlie Parker double-record anthology called “Bird/The Savoy Recordings (Master Takes),” which comprises every officially released piece that the great alto saxophonist recorded for Savoy, from 1944 to ’48.

Needless to say, it was not the sort of thing I could pick up on a whim. But I ran across a review by Robert Palmer in Rolling Stone, dated Sept. 9, 1976, that convinced me to give it a try. (Yes, I still have it, tucked inside the album sleeve.) Among other things, Palmer wrote:

Parker didn’t just “sing” the blues, he preached them with the fervor of an evangelist; only in the world of born-again church, healing services and holy dances are there adequate analogies for his particular kind of power.

Of the Savoy anthology, Palmer added: “Should we call it the one essential jazz album? The most important collection in American music in print? The most rewarding musical compendium in the world?” It was pretty hard to resist such praise. And the album lives up to the hype.

No one could play like Parker. His technique was unparalleled; the sheets of notes that he’d call forth from his horn sounded literally impossible to play, and by anyone else they would have been. His tone was flawless. And he played with depth and feeling.

There are some odd match-ups on the Savoy recordings, with a number of early songs featuring a neophyte Miles Davis on trumpet and Dizzy Gillespie on piano. Parker must have heard something in Miles that showed what he would become. Gillespie, already a star in his own right, probably just wanted to be there.

Many of the pieces sound similar and are played at a breakneck tempo; you just listen to Parker and try to hang on. For me, though, the standout is “Parker’s Mood,” a slowed-down blues into which Parker pours every last piece of his humanity. It is an astonishing accomplishment. If the Savoy recordings are the greatest American album, then “Parker’s Mood” may be the greatest American song — the mark of a genius who, tragically, would soon fall victim to addiction and an early death.

It’s a shame that so many great compilations are allowed to go out of print, only to be replaced by newer collections that lack the charms of their predecessors. “The Savoy Recordings” appears to be long gone, and I don’t have a record player. It looks like “The Complete Savoy & Dial Master Takes” is a reasonably good facsimile.

For me, Charlie Parker’s Savoy recordings represent not just the power of music but the power of the written word as well. Thank you, Robert Palmer.