We just got back from a huge Black Lives Matter protest and march organized by Mobilize Medford. A crowd that I’d estimate at well over 1,000 people gathered in front of City Hall to protest against racism and police brutality. Afterwards, the protesters marched and chanted along High Street — Paul Revere’s route — to West Medford. We left the march at Grace Episcopal Church, where we’d parked our car. It was an impressive turnout for an important cause. 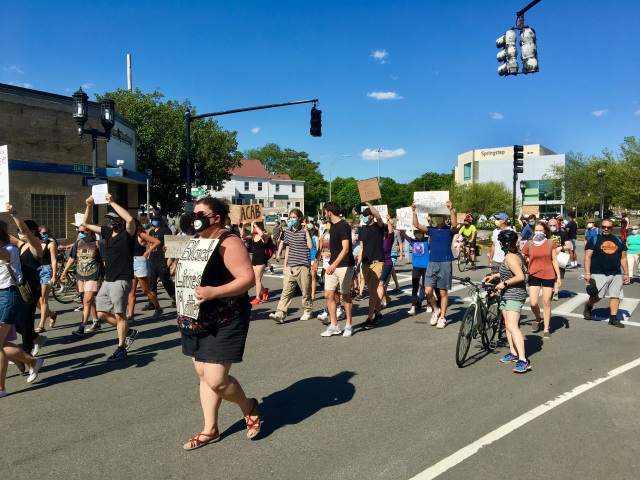