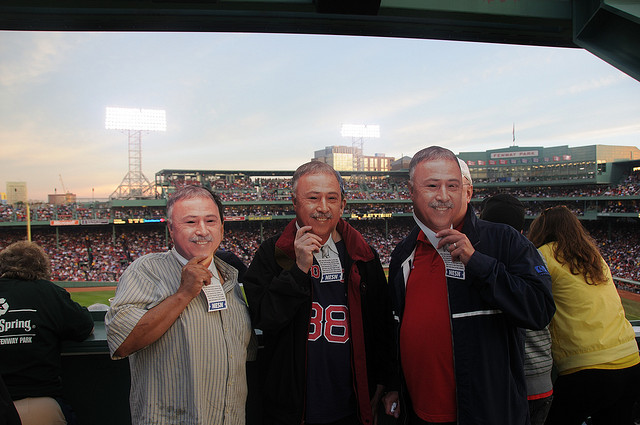 Instant update: I am gobsmacked that Remy is in the booth with Don Orsillo right now, Sunday at 1 p.m. That means the NESN announcement did not pertain to today and had nothing to do with the Globe story. Are NESN and the Red Sox really prepared to brazen this out? I guess we’ll find out a week from tomorrow.

It began on Friday with a seemingly trivial item in The Boston Globe’s sports section: Red Sox announcer Jerry Remy would be missing from New England Sports Network for the team’s last two spring-training games, but would be back for Opening Day on March 31.

On Saturday night, we learned the likely reason for Remy’s disappearance from the NESN broadcast booth — a massive, devastating report on Remy’s son Jared, slated for the front page of the Sunday Globe. Although the younger Remy’s notoriety was already well-established because of charges that he murdered his girlfriend, Jennifer Martel, last August, Globe reporter Eric Moskowitz cast the Jared Remy story in a new, horrifying light.

The Globe’s 8,000-word story is fascinating not only because of what’s in it, but because it’s the first time since John Henry bought the paper last fall that its journalism has intersected with Henry’s ownership stake in the Red Sox and NESN. Needless to say, it also has serious implications for Jerry Remy’s career.

Among other things, we learn from Moskowitz that court documents show Jared Remy “terrorized five different girlfriends starting when he was 17” (he’s now 35); that he’s been credibly accused of instigating and taking part in an assault on a high school classmate that left the victim seriously brain-damaged (he later committed suicide); and that he was a longtime abuser of steroids, alcohol and other drugs. (OK, that last part we already knew.)

Worst of all, we learn that Jared Remy was never held accountable — that he was repeatedly given probation and granted chance after chance to turn his life around. And the reason for that, according to Moskowitz’s reporting, was his high-priced legal help, paid for by his enabling parents, Jerry and Phoebe Remy. Moskowitz writes:

Often he benefited from victims who did not want to testify, whether from fear or forgiveness, leading prosecutors to drop the case. But even when cases seemed airtight, judges often rewarded Remy with a nearly free pass — temporary probation without the stain of a guilty finding. Most offenders are lucky to get two such reprieves. He got six.

And on more than 10 occasions while already serving probation or waiting for an earlier case to be resolved, Remy was arrested again on new charges or otherwise ran afoul of the law — a pattern of incorrigibility that would ordinarily get a person locked up.

Former prosecutor Joshua Friedman is quoted as saying Jared Remy benefited more from good lawyering than from having a celebrity father. “You get a high-priced attorney, you get better justice,” Friedman told Moskowitz. “If he had been Jared Smith from a well-off family, he may have gotten the same result.” But Moskowitz’s story leaves little room for doubt that Jerry and Phoebe Remy always erred on the side of leniency with their troubled son, possibly missing opportunities to break the cycle of violence long before Jennifer Martel was killed.

So what is the likely fallout of Moskowitz’s reporting? Here are three quick thoughts, subject to revision as we find out more in the days ahead.

1. Jerry Remy’s career as a Red Sox broadcaster may have ended today. Remy disappeared from Red Sox games right after Jennifer Martel’s death last August. It wasn’t clear that he would return until January. At that time, Remy said all the right things. But that was hardly enough to inoculate him from stories like the Globe’s.

Remy is a Red Sox legend, both as a broadcaster and as a player before that. He has always been portrayed as a good guy. He’s also a sympathetic character, having overcome lung cancer, depression and other ills. But even though he is not responsible for his son’s actions, the Globe story makes it pretty obvious that his continued presence during Red Sox broadcasts will be an ongoing distraction. It’s time for Remy to go — and to hope that, with the passage of time, he might be able to find some other role.

2. The Globe has definitively staked out its independence from John Henry. Last August, shortly after Henry announced that he intended to purchase the Globe and its related properties from the New York Times Co. for $70 million, Globe editor Brian McGrory took his regular turn on “Boston Public Radio,” on WGBH Radio (89.7 FM). When the subject of how the Globe would cover the Red Sox came up, McGrory told hosts Jim Braude and Margery Eagan, “John Henry would be out-of-his-mind nuts, and I don’t think he is, if he tried to affect our sports coverage. I get the concern. I understand it fully, [but] I’m not going to be asked to change our coverage.”

The Jared Remy story clearly isn’t a sports story, but I take McGrory’s remarks to be all-inclusive. And, yes, Moskowitz’s article did contain some embarrassing details for the Red Sox, which at one point employed him as a security guard — and let him drive the 2004 World Series trophy to an event in the Berkshires. Naturally, Remy got bagged for driving 92 mph on the Mass Pike.

3. But wait. Maybe the Globe is serving John Henry’s interests after all. See Point No. 1. You’d have to be a conspiracy theorist to think the Globe timed this in order to solve one of Henry’s problems just before the baseball season starts. Still, if NESN made a mistake in letting Remy come back, this gives station officials a chance for a do-over.

More: Several people, including John Carroll in the comments, have told me they think the Globe should disclose the John Henry connection every time it reports on the Red Sox or NESN (excluding baseball games) — and there was no such disclosure today. I’ll admit I’ve reached the point where I assume that only the most clueless don’t already know that. But still — it’s a good policy, and it only takes a line.

Photo (cc) by Eric F. Savage and published under a Creative Commons license. Some rights reserved.

26 thoughts on “Is Jerry Remy’s broadcasting career finally over?”