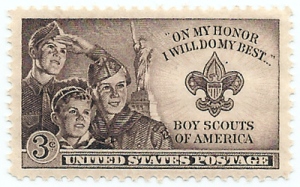 The compromise announced by the Boy Scouts of America on Thursday is untenable. And that is precisely why it’s good news.

More than 60 percent of the organization’s national leadership voted to approve a policy ending discrimination against openly gay scouts while keeping in place the ban against gay adult leaders. With the BSA finally dragging itself into the late 20th century, can the 21st be far behind?

The answer, I hope, is that the time to end discrimination has arrived. But it isn’t going to be accomplished without a lot of strife. As this story from the Associated Press makes clear, the organization seems likely to rip itself apart. Members of the homophobic religious right are already threatening to leave.

John Stemberger, the founder of an anti-gay group called OnMyHonor.net, went so far as to claim the BSA had caved in to “bullies” from Washington and Hollywood — a perniciously offensive twist given the bullying that many gay youths endure.

At the same time, you can be sure that those who have been fighting against discrimination will keep pushing. As Boston Globe columnist Derrick Z. Jackson, a scout leader, noted several months ago, scout councils in liberal enclaves such as the Boston area have already endorsed nondiscrimination policies. Thursday’s national vote is an invitation to defy openly the ban on gay adult leaders.

I write from considerable experience. I am an Eagle scout. So is my 22-year-old son. I’m the former scoutmaster of his troop, and though I’m not as active these days, I continue to be a registered adult leader. I believe that scouting can be a life-altering experience, introducing boys to teamwork, fair play, love of the outdoors and respect for the environment.

As a scout leader who has participated in a number of training sessions, I can attest that the BSA’s discriminatory policies never came up in the context of actions we were expected to take. Even in conversations those policies were rarely mentioned. Here in the Northeast, I’ve found that most (though not all) adult leaders are opposed to discrimination.

We all make our peace with such things in our own way. Like Derrick Jackson, my personal policy was to hang in there as long as I was not put in a position of having to discriminate. I never was, though of course I also have no way of knowing how many gay kids and adults stayed away because they thought they wouldn’t be accepted. Still, I believed — and still do — that the good in scouting outweighs the bad, and that the organization is more likely to change if people of goodwill stay involved.

Though Thursday’s vote can be seen as a modest step forward, another possible compromise floated earlier this year would have been far more workable. You may remember that one: groups that charter troops, such as churches and civic organizations, would have been free to set their own policies.

Such a compromise would have accurately reflected how the BSA actually operates, as troops are considered part of their chartering organizations. To concoct a hypothetical, it would have opened the way for a Unitarian Universalist church to sponsor a troop that allowed gay scouts and adult leaders as well as atheists, another group banned under current BSA policy.

Following an uproar, though, the BSA’s national leadership retreated, leading to this week’s action — and to an opportunity to end scouting’s discriminatory policies once and for all. I welcome the moment. Far better to bring this embarrassment to an end than to muddle through for another five to 10 years.