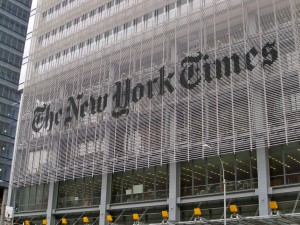 The New York Times today made an important announcement that we will no doubt pick over closely in the weeks and months ahead. According to a memo from Times Co. chairman Arthur Sulzberger Jr. and president Janet Robinson, the paper will start charging for Web content in 2011.

Over the past year or two, it has become increasingly clear that advertising may never fully support the infrastructure of large newspaper Web sites. With huge chunks of classified advertising lost to Craigslist and with display advertising undermined by the decline of once-vibrant downtowns, newspaper executives have been struggling with ideas to persuade readers to pick up a larger share of the tab.

The Times’ plan is fairly nuanced, and parallels proposals being discussed by Steven Brill, the founder of Journalism Online. You would be allowed to access a certain number of articles per month (perhaps five or 10) for free. After that, you would have to pay. Access to the Web site would remain free for subscribers to the print edition.

Charging for Web-site access undermines the sharing culture of the Web, which is what gives it its value. Still, the Times’ plan is relatively benign. Bloggers who regularly link to and excerpt Times content will have the choice of paying up or going elsewhere. Blog readers will be able to click on a modest number of Times links for free.

Several years ago the Times tried charging for its opinion columnists and certain online-only features. The experiment was not a failure, but Sulzberger and company concluded they could earn more advertising revenue by returning to free access. The wheel turns, and it keeps turning.

My early prediction is that the Times’ metered-access plan will be no more than a limited success, and not easily emulated by other papers. The Times remains the gold standard of mainstream journalism, and a lot of people will be willing to pay for it. By contrast, a good regional paper like the Boston Globe must compete with a wide array of other local media. If the Web sites of local newspapers and radio and television stations remain free, readers may find that they’re not willing to pay for the Globe’s admittedly superior content.

The most promising route for newspapers to take is to charge for convenience (print, e-readers and smartphone editions) and community (special premium online content, member discounts, discussion forums and the like). Charging for basic Web access has proved to be a losing proposition in the past, and that’s likely to continue.

But it’s been clear for some months now that we were about to embark on another experiment in charging for Web content. At least it sounds like the Times is going about it the right way.