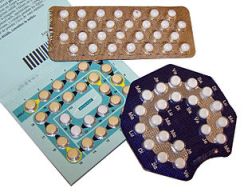 Even a card-carrying secular humanist like me couldn’t help but be troubled that the Obama administration was ordering the Catholic Church to provide birth-control coverage to its employees despite Catholic doctrine prohibiting the practice. My angst only grew last week, when liberal commentator Mark Shields voiced his objections to the policy on the “PBS NewsHour.”

As it turns out, the controversy has much to do with the media’s all-too-characteristic inability to do their homework and provide context.

Which is why you need to read Julie Rovner’s NPR report in which she discovers that the federal government has been requiring religious organizations to cover birth control since 2000. The rule, as is the case with the Obama administration’s approach, applies to non-religious institutions run by religious organizations, such as hospitals and universities.

The only difference is that under the 2000 rule, birth-control coverage was subject to the normal insurance co-pay. Under the current federal health-care law, contraception must be provided free of charge. But it’s the coverage itself that’s the issue, not whether there’s a co-pay.

What’s hard to understand is why the White House didn’t make sure everyone knew there was little that was new about the policy. But it is the news media’s job to provide context and analysis. In this case, and in all too many cases, they have failed miserably.

Photo (cc) by Ceridwen and republished here under a Creative Commons license. Some rights reserved.