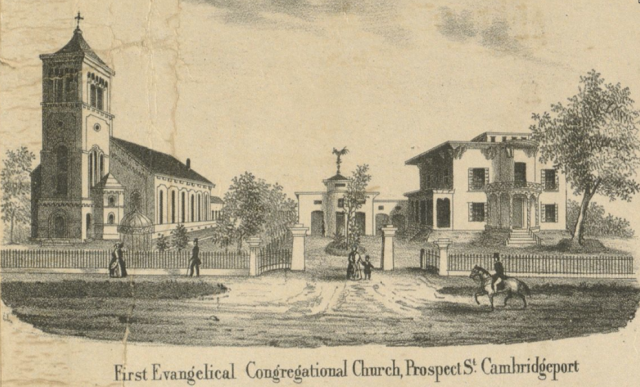 News coverage in Cambridge — or the lack thereof — got a lot of attention recently when Joshua Benton wrote in Nieman Lab about the departure of Amy Saltzman as editor of the Cambridge Chronicle-Tab.

What drew national notice was Benton’s warning that maybe Saltzman wouldn’t be replaced and that Gannett would allow it to sink into the ranks of ghost newspapers. Fortunately, that didn’t happen, although Gannett has gone on a spree of shutting down print editions recently. Saltzman’s successor, Will Dowd, introduced himself this week. But Benton’s larger point still holds. Cambridge, a well-educated, affluent city of about 118,000, is covered by just one full-time paid journalist.

Saltzman edited the Chronicle for nine years, which is about 150 years in Corporate Chain Journalism Time. In her farewell column, she writes that she had more resources at her disposal back when she started — in addition to herself, there were one and a half reporting positions, an editorial assistant, a freelance budget, several photographers and an office in nearby Somerville. Four years later, she found herself alone. Yet she adds:

So as I leave my post, I have one plea: Support local journalism. Subscribe to the Chronicle. The paper’s survival as the oldest continuously run weekly newspaper in the country continues to be against all odds and should be lauded.

Well, now. Should Cantabrigians support the Chronicle? My answer would be yes if they’re getting value from it. But I don’t think anyone should feel obliged to support a paper that’s been hollowed out by Gannett and its predecessor company, GateHouse Media, especially when it could almost certainly be run profitably with a bigger staff and a more imaginative approach to the business of journalism. At this point, the closest thing the city has to a news source of record is the Cambridge Day, a mostly volunteer project. It would be nice to see some resources put into the Day, or perhaps into a nonprofit start-up.

Then again, news coverage in Cambridge has always been a puzzle. According to legend, at one time it was the largest city in the country without a daily newspaper, a fact that was usually attributed to its proximity to Boston. Yet neither the Globe nor the Herald ever gave more than cursory coverage to Cambridge. The alt-weeklies — The Boston Phoenix and The Real Paper — actually devoted quite a few resources to Cambridge coverage since that’s where a lot of their readers lived. I remember covering a few Cambridge political stories myself. But those papers are all gone.

When I was a senior in college, a friend of mine who lived in Cambridge and I made serious plans to launch a weekly after we graduated that would compete with the Chronicle, then owned by the Dole family. As we immersed ourselves in the details, though, we discovered that the Chronicle was actually selling its ads at prices well below those listed on its rate card. Realizing we’d be undercut, we got about the business of finding jobs, and that was that.

Later on, Russel Pergament launched the Cambridge Tab, a free paper that was part of a chain of Tab papers in the western suburbs. Pergament sold out to Community Newspaper Co. in 1996, when it was owned by Fidelity Capital. The Chronicle and the Tab were eventually merged.

Which brings us back to the present. Saltzman enjoyed a solid reputation, and I know that Dowd was respected for his work at Gannett’s North Shore papers. But one person can’t cover a city of nearly 120,000 people. It’s long past time for someone to step in and provide Cambridge with the news and information it needs.

Please become a member of Media Nation for just $5 a month!