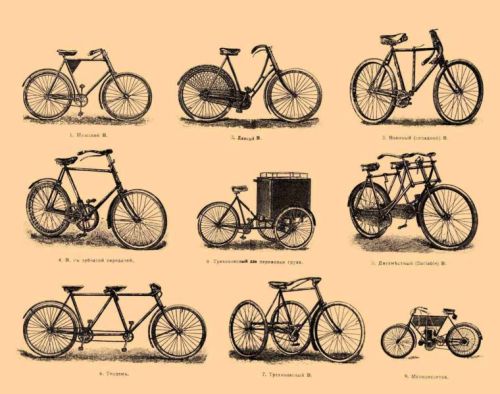 Fifty-two weeks ago today, I rode my bicycle for what I can pretty much guarantee will be the last time. I shattered my right elbow in an accident, bringing to an end what had been a fairly remarkable run: despite leading a pretty active life as a backpacker, a runner and a cyclist, I’d made it to 54 without ever having broken a bone.

The actual anniversary date of my accident is tomorrow, Sept. 19. But today, the third Sunday of September, feels more like the real anniversary.

My injury was devastating and yet not all that debilitating. I broke the tip of my elbow almost clean off, and there was cracking of the bones all around. It was put back together with plates, pins and screws. Despite being very diligent about doing my rehab, it doesn’t feel remotely the same. Yet there’s been very little pain, even within a few minutes of the accident. Today I have almost the full range of motion, and can lift reasonably heavy objects. I’m told it will continue to improve.

I know how lucky I was. In fact, as you may know, Boston Globe reporter Bella English suffered far worse injuries in a bicycle accident the same day that I went down.

For those who are interested, here’s what happened. Because of recurrent gout, I had pretty much given up running in favor of cycling. I had a few favored 18- to 20-mile routes, but on the afternoon of last Sept. 19, a Sunday, I decided to try something new. I headed out along Route 127 past Endicott College, then cut toward Wenham, and rode around the Gordon College campus.

I didn’t like the route, as there were too many cars, and the roads were rutted and bumpy. Still, my accident really came out of nowhere. I was cutting through the empty parking lot of the Briscoe Middle School in Beverly, turning right, which of course had me leaning to the right. I wasn’t paying attention and hit a speed bump at maybe 17 or 18 mph. The weather had been drizzly off and on, so the pavement was wet. My bike slid to the left, and I went down, directly on my right elbow. I also slightly injured my back and bumped my head — though not hard, and I was wearing a helmet.

For a few minutes, all I knew was that I was in a lot of pain. I tried to lay back, but every time I did, a driver would stop and ask if I was all right — much appreciated, but I didn’t want an ambulance coming. So I forced myself to sit up. It soon became clear that I’d hurt my elbow, though I didn’t know how badly. I stood and walked around a bit — dizzily at first, but soon I started feeling better. I called my wife, who came and got me.

Now, as a sign of how little pain I was in, while we were riding home I tried to decide whether to ice my elbow or go to the emergency room. I opted for the latter, but went home first and took a shower. I did discover that it hurt a lot if I tried to lift my right arm over my head. I got dressed and drove myself to the Lahey Clinic emergency room in Peabody — a choice I made solely because I thought it would be less crowded than Beverly Hospital. I had to sign something at the desk, and it was really difficult. Still, I figured it was just a momentary thing.

Barbara and I were supposed to go out to dinner. I called her from Lahey, and groused that if I wasn’t seen in a few minutes, I’d leave. But I got in, X-rays were taken — and the damage was revealed. The doctor on call put a cast on it. The next morning, Monday, I drove my daughter to school, then drove to the Lahey Clinic in Burlington, prepared to go into surgery that day. Not sure I’d thought through how I would get home.

As it turned out, surgery was scheduled for Tuesday morning. My surgeon was Dr. Andrew Marcantonio, from whom I learned the seriousness of my injury. First, there was his name tag — “Traumatologist,” it said. Second, when I asked him when I’d be back to normal, he said (I’m paraphrasing), “With an injury of this nature, we speak in terms of functionality.” Oh, great.

I went home that day, feeling pretty good, and even watched part of a gubernatorial debate that night. I fell asleep, but I’m not sure the Percocet was to blame. I was out of work for three weeks, and when I came back, I was wearing a huge brace on my right arm.

Anyway, I will fast-forward here. Thanks to my amazing physical therapist, Julie Peterson, I made fairly rapid progress and got some help for a longstanding problem with my right shoulder as well. I don’t mean to suggest it was all onward and upward. I lost my confidence to the point that I got scared being so far from home on a trip to New Haven on Nov. 30, and drove back that night rather than stay in my hotel room. It was months before I could bend my elbow enough to tie a necktie. But I kept getting better.

Overall, I was so impressed with Lahey that I switched my primary-care physician, and finally started treatment for gout, which I’d had occasionally for about a dozen years, but which had suddenly gotten much worse in 2010. (I have learned that gout is serious business. If you’ve got it, get help.)

And because my gout is now under control, I started running again last February. Believe it or not, I lost a month when, in March, I tripped over a root, landed on my face, banged the bionic elbow and injured a rib. (I had to make a presentation to Northeastern faculty and administrators the next day with a scab covering my entire chin.) But I got back to it, and am now running five miles a day, three or four days a week. At 55, I’m probably in as good a shape as I’ve been in a while.

My one remaining frustration is that my elbow feels strange, almost constricted, when anything rubs against it, like a shirt sleeve. I won’t go backpacking because I need protection, and when I’ve tried things like a rollerblading pad, I can’t stand the feel of it rubbing up against my elbow. Dr. Marcantonio has suggested it might feel better if I have the metal removed at some point, but I don’t like the idea of elective surgery. And even he said most patients opt to keep it in.

Overall, though, I know I’ve been pretty lucky — lucky not to have been hurt more seriously, lucky to have gotten good treatment and lucky to be healthy and physically active at 55.

Besides, I can say with certainty that I will never be in another bicycle accident. How many people can say that?

My uncle Albert Shaw lived long enough to be able to look me in the eye and tell me in all seriousness, “I wish I was 92 again.” He was 96 when he said that. He died on Dec. 23, just a few weeks after his 97th birthday, and a small group of family members and friends said goodbye at the Massachusetts Military Reservation in Buzzards Bay last Thursday.

I had several uncles, but Al — one of five siblings on my mother’s side — was the only one who lived nearby when I was growing up. He was someone I saw a lot of when I was a kid. He took me golfing. He also was a frequent presence at the family cottage in Onset, where, in 1977, I took the picture of him that you see here. Along with my grandmothers, he was the one member of my extended family who was actually a part of my life.

Al grew up in Middleborough, in the same house in which I was raised two generations later. He was born on Dec. 7, 1913, and was in the Army when, on his 28th birthday, Japan attacked Pearl Harbor. He served as a communications officer in Burma, walking miles down the road to the hospital after he contracted malaria. Following treatment, he returned to his post.

Like many people from his generation, intelligence and ability did not necessarily lead to a good job. In mid-life he trained as a draftsman, and worked for a while at a high-tech company in the Merrimack Valley. But one of the periodic tech washouts claimed his job, and he ended up spending the latter part of his working life as a custodian at the Brockton VA Hospital. Yet he was smart enough to have done just about anything he put his mind to, and his reading was deep and eclectic. As recently as this fall, he was telling me in great detail about an article he’d read in the Wilson Quarterly about the Chinese economy.

Following a divorce, Al spent many years living with a couple with whom he was friendly — a friendship that was tested after the husband became totally disabled in a workplace accident. Al stayed on for many years, providing them with invaluable assistance.

In recent years, Al lived on his own in an apartment in Lakeville. He was in remarkably good health until very late in his life, golfing well into his 80s and taking part in a bowling league as recently as this past spring. (And kicking butt.) He only gave up driving around Labor Day. My wife, kids and I spent Thanksgiving with him at his home. He was feeling well and was in good spirits that day.

Yet his congestive heart failure was becoming increasingly difficult to manage. When he landed in the hospital in early December, he decided it was finally time to move to a nursing home. Unfortunately, he had barely begun to settle in when he fell and broke his hip. He died in surgery, his heart unable to withstand the effects of anesthesia.

Al lived a long, healthy life, and he had been making it clear for some time that he was ready to go. He wasn’t a Woody Allen fan (nor am I), but to paraphrase Allen, Al wasn’t afraid of dying; he just didn’t want to be there when it happened. He got his wish. I will miss him, but I’m glad my kids got to know him.