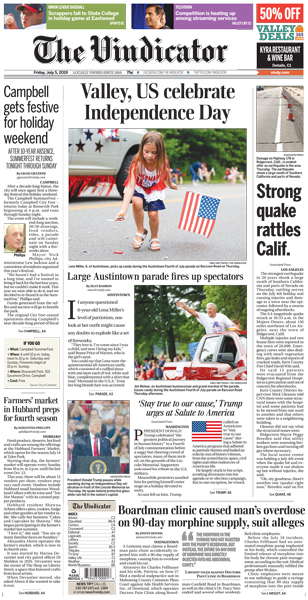 I’m no conspiracy theorist, but I want to sound a note of skepticism over the pending closure of The Vindicator, the only daily newspaper in Youngstown, Ohio. The paper is family-owned, and those who have looked at the situation — including Joshua Benton of Nieman Lab and Lukas I. Alpert of The Wall Street Journal — have noted that the family also owns the NBC and CW television affiliates.

That’s where I think some more reporting needs to be done. It’s been said that the owners couldn’t find a buyer, not even a cost-cutting chain like GateHouse Media. But it strikes me that that would be a dicey proposition given that the old owners would still be able to leverage relationships they’ve built with advertisers for many years in order to crush a paper that they would now see as a competitor.

I don’t know what the union situation is at the TV stations. But I do know that, according to the Journal, the unionized Vindicator employs 144 people. The TV stations could, if they wanted to, add some free web-only local coverage while hiring far fewer than 144 people in order to further put pressure on The Vindicator.

I realize this is a pretty cynical take and that The Vindicator’s business model has no doubt broken down, perhaps irretrievably. But I do think a little more needs to be said about this odd development.

Please consider becoming a subscriber to Media Nation. The cost is just $5 a month, and you’ll receive an exclusive weekly newsletter with additional content. Just click here to sign up via Patreon.