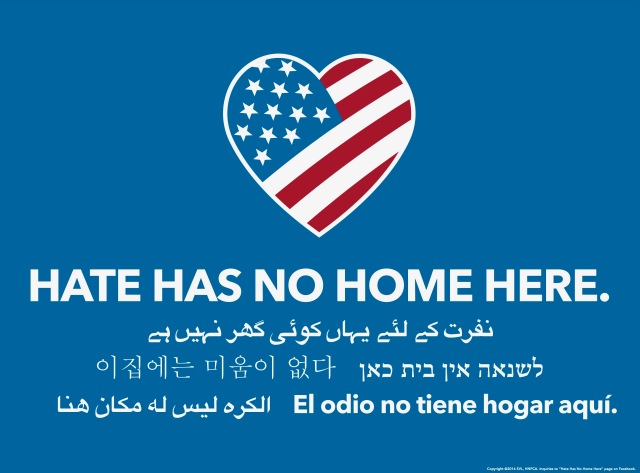 There’s a context for the racial taunts directed at Orioles centerfielder Adam Jones at Fenway Park during Monday night’s game. After all, we had just learned that a Trump supporter from Winchester, one of the wealthiest communities in the state, had written a letter to his community weekly complaining about those “Hate Has No Home Here” signs that have popped up here and there (including in front of our house).

“It is offensive to imply that the rest of us — who don’t have a sign and who don’t think the way you think we should — are haters,” wrote John Natale in the Winchester Star. “That’s insulting.” It was a breathtaking display of cluelessness and insensitivity. And we never would have heard about it if a seventh-grader’s righteous response hadn’t gone viral.

There has been an enormous amount of commentary about the Fenway Park incident in the past few days. Here are three you ought to take a look at.