I spoke with Lori Messing McGarry of Real Fiction Radio on Radio Arlington (Virginia, not Massachusetts) about the media’s coverage of the Wuhan lab-leak theory and the state of local news. Hope you’ll give it a listen. 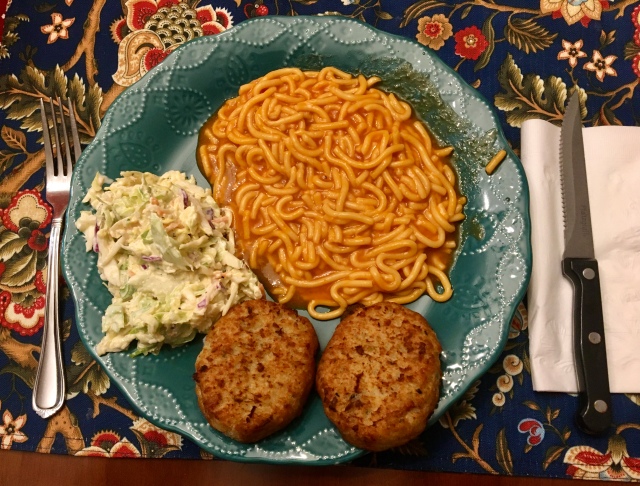 Every so often I get codfish cakes from Whole Foods. Rarely, though, do I go with the full experience from my childhood. Tonight I decided to pull out all the stops and create a favorite meal my mother used to make.

So let me start with the fish cakes. Here is where a bit of mystery creeps in. As I said, I buy them and then bake them in the oven. What my mother did was very different, and it’s long since lost to memory. I wish I could ask her; I wish I could ask her a lot of things. But from what I remember, she started with a can of codfish, mixed it with other ingredients (potatoes, probably, since that seems pretty standard), formed it into cakes and fried them in a wrought-iron skillet. They were spectacular, and I wish I had the recipe — assuming you can even get canned codfish these days.

The rest is more straightforward. My mother made great cole slaw, but I didn’t appreciate it at the time. What you see here is from the Blue Ribbon BBQ in Arlington, and it’s almost as good as Mom’s. (Also excellent is the cole slaw at Woodman’s in Essex.)

The finishing touch, believe it or not, is canned spaghetti. I don’t know why, but it was always served with fish cakes, and it was always Franco-American. I’m not sure they make it anymore. What you’re looking at here is Campbell’s. 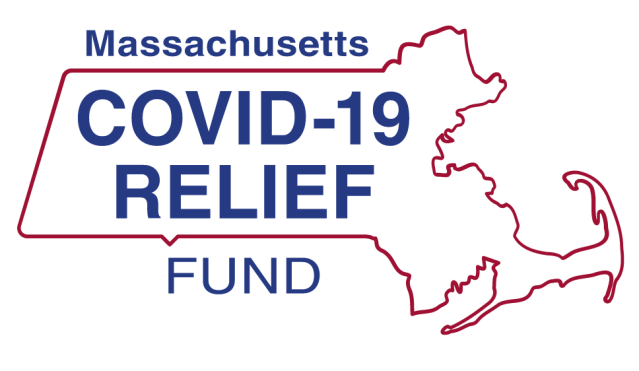 Please donate to the Massachusetts COVID-19 Relief Fund, which assists vulnerable populations and front-line workers. These are our family members, friends and neighbors, and they need our help. 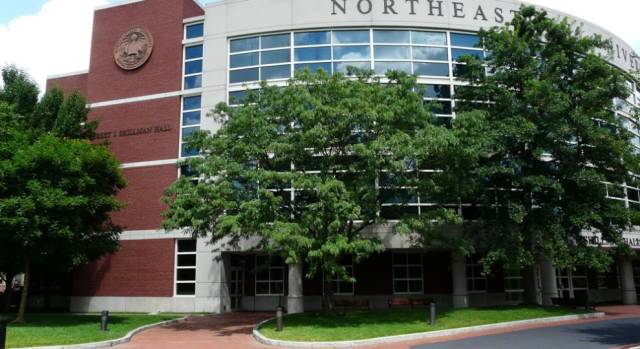 I knew the Apocalypse was at hand when I walked through the nearly empty Ruggles T station Monday morning — and there were no Jehovah’s Witnesses. Not that I suspected these smiling, well-dressed folks with their posters and pamphlets were afraid of catching COVID-19. They probably just figured there was no point in standing in the cold all by themselves while the city was shutting down around them.

As a journalism professor at Northeastern University, I’m well aware of how fortunate I am. Our paychecks and benefits won’t be threatened unless the worst of the worst-case scenarios become a reality. For us, the pandemic means trying to figure out how to move our classes online so that our students’ education isn’t thrown off track any more than absolutely necessary.

Even so, it’s been a challenging week.

I’d spent the first week of March — spring break at Northeastern — in Mendocino County, California, reporting on The Mendocino Voice, a small news organization moving toward cooperative ownership. While I was out there, I attended a news conference on the coronavirus called by county officials. It was clear that things were about to explode.

Classes actually resumed March 9, but we all had a sense that was likely to change at any moment. And it did. During our faculty meeting on March 11, we got an email from the administration telling us we were moving to online instruction the next day.

It seemed possible that the shift wouldn’t be too disruptive. At least initially, students were not asked to leave university housing — something that would be a logistical nightmare given our large number of international students as well as students living on campus while working at co-op jobs in the Boston area. I taught my final in-person class that night and got ready to go virtual.

My plan for Thursday was a workshopping session with my opinion-journalism class. It seemed like more of a technical challenge than I was comfortable taking on, but a colleague recommended Zoom video-conferencing software, and I gave it a try. I was stunned at how easy it was — for an hour and a half, my 15 students and I had something very close to a normal class. I don’t hear especially well, so I was pleasantly surprised that I could hear them better through my earbuds than I normally do in the classroom.

But if we’ve learned anything in the past week, it’s that what we hope will be the “new normal” only lasts for a few hours. First, one of my international graduate students told me she was flying home to Ecuador. Then, on Saturday, the university reversed course and ordered everyone out of the residence halls by Tuesday, March 17, at 5 p.m. Social-media panic ensured. Within a few hours, the university sent an update — students would be given some leeway on when they moved out, the remainder of the semester’s room and board would be refunded, and students with a demonstrated hardship could stay.

That helped. But it left us wondering how much of the semester we could salvage with nearly everyone scrambling to leave. Ruggles may have been empty on Monday, but cars were lined up all over campus as students got ready to head home. Despite the confusion, I don’t see how it could have been otherwise. What came across as draconian on Saturday seemed like the responsible thing to do by Monday.

So now what? Why was I on campus Monday when I should have been hunkering down at home? Because I’d decided to come in one last time in case any of my students wanted to see me before leaving. As it turned out, most of them found electronic communication sufficient — and safer.

But one of my students, a young woman from Hong Kong, dropped by for some advice on her final project in my ethics class. We kicked around some ideas and talked about what would happen next. She’s a senior. The last few weeks of her classes are gone. Commencement, scheduled for May 1, is almost certainly gone as well. She’ll walk away with an education, but without any of the memories she should have had.

She took a selfie of us and said goodbye.

We closed out 2016 the right way—with good friends, the Three Stooges, and Alicia Keys instead of Mariah Carey. I hope that bodes well for 2017.

May all of you have a wonderful, happy, healthy 2017. And thank you for reading.

I was thinking of this in light of a conversation we had on Facebook last week. As you read today’s New York Times profile of Steve Bannon, you’ll see that a number of people close to Bannon insist he’s not a racist. Yet there are numerous details about how he’s been willing to exploit and indulge racism in order to accomplish his goals, which is really just another way of being a racist. Then there’s this:

Ms. Jones, the film colleague, said that in their years working together, Mr. Bannon occasionally talked about the genetic superiority of some people and once mused about the desirability of limiting the vote to property owners.

“I said, ‘That would exclude a lot of African-Americans,’” Ms. Jones recalled. “He said, ‘Maybe that’s not such a bad thing.’ I said, ‘But what about Wendy?’” referring to Mr. Bannon’s executive assistant. “He said, ‘She’s different. She’s family.’”

Jones, by the way, is not an unfriendly witness. Elsewhere there is this: “Ms. Jones, Mr. Bannon’s former film collaborator, who describes herself as very liberal, said, ‘Steve’s not a racist.'”

Steve is a racist.

I’m very pleased to announce that this spring I’ll be a Joan Shorenstein Fellow at Harvard’s Shorenstein Center on Media, Politics and Public Policy.

Of course, now I’ll have to write the damn book.

From the time that I began writing Media Nation in 2005, I’ve been following the Associated Press Stylebook. I don’t particularly like it. In many ways, it’s the least common denominator of styles. But it is what we teach at Northeastern, and I thought I should model good behavior.

Now I’m moving on. As some of you know, I’m writing regular commentaries for WGBH News, which uses the Chicago Manual of Style (more or less). Among other things, that means italics for the titles of newspapers, books, movies, and the like; Oxford (serial) commas; and an s after an s apostrophe, as in Fred Jones’s car rather than Jones’. (No italics for the titles of reference books, in case you were wondering.)

I happen to prefer these differences. Chicago is what we used at The Boston Phoenix, and what is used at most magazines. More to the point, the switch will make it easier for me to repost my WGBH stuff to Media Nation, which I do for archival purposes, and for the folks at WGBH to scrape Media Nation. I also occasionally write for The Huffington Post, whose style guidelines are similar to those at WGBH.

Now I’ll just have to remember the differences between Chicago and AP when I return to teaching next year.

Starting next week, I’ll be taking on an expanded role with WGBH News.

For some time now, I’ve been sharing blog posts with ’GBH. Now I’ll be writing a weekly (more or less) commentary that will be exclusive to WGBHNews.org — mostly on media, and frequently on how the presidential campaign is being covered. I’ll be popping up on WGBH Radio (89.7 FM) from time to time as well. And I’ll still be on “Beat the Press.”

This is more of a tweak than a big change. Still, I’m thrilled to have a chance to do more and to work with the great team at ’GBH. Fun fact: I’ve been writing for WGBH News senior editor Peter Kadzis (a former editor of The Boston Phoenix) since 1991.

I thought I should say a few words about what I’m up to.

For the next year, I’ll be on sabbatical from Northeastern as I work on a book about how three business people who are passionate about newspapers are using their wealth to reinvent their papers and possibly to show the way for others. They are John Henry of The Boston Globe, Jeff Bezos of The Washington Post and Aaron Kushner of the Orange County Register. Kushner is no longer running the Register, but the print-centric orientation he took during his time at the helm has much to tell us.

My project actually became public two years ago when the Globe somehow got word. That item has proved useful in helping me to line up interviews. But only now am I embarking on the bulk of my reporting. I lost a year when I agreed to serve as interim director of Northeastern’s School of Journalism following the death of my friend and mentor Steve Burgard. Steve’s death was a difficult blow. In terms of the book, though, the delay may prove to be a good thing, as it seems to me that Henry’s and Bezos’ visions are still coming into focus.

I have a contract with University Press of New England and a year that should be (I hope) free of distractions. I’m excited to push ahead.